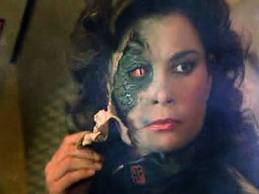 God Bless David Icke for bringing us the truth!

The Opening Ceremony was “a mass satanic ritual disguised as a celebration of Britain and sport”, according to conspiracy theorist David Icke.

Mr Icke, who was a BBC commentator for the 1988 Olympics, claimed on his website the “Global Cabal” used the the Danny Boyle extravaganza to harness the energy on its “satanic frequencies”.

“The enormous Olympic bell, the biggest harmonically-tuned bell in the world made specially for the opening ceremony, is designed to dictate that frequency right at the start,” he wrote.

This just confirms my suspicions.  Anyone who choreographs a nine minute tribute to Soviet Healthcare aka. the NHS can’t possibly be human…